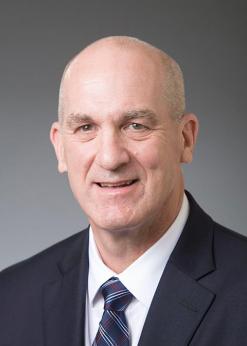 LeBlanc serves on a number of Dartmouth Health system members Boards of Trustees, is a Board Member of OneCare Vermont and former Chair of the New Hampshire Hospital Association Board. Before coming to Dartmouth Health, he served as a Supply Corps Officer in the United States Navy, working primarily for the Naval Nuclear Propulsion Program in Washington, DC.